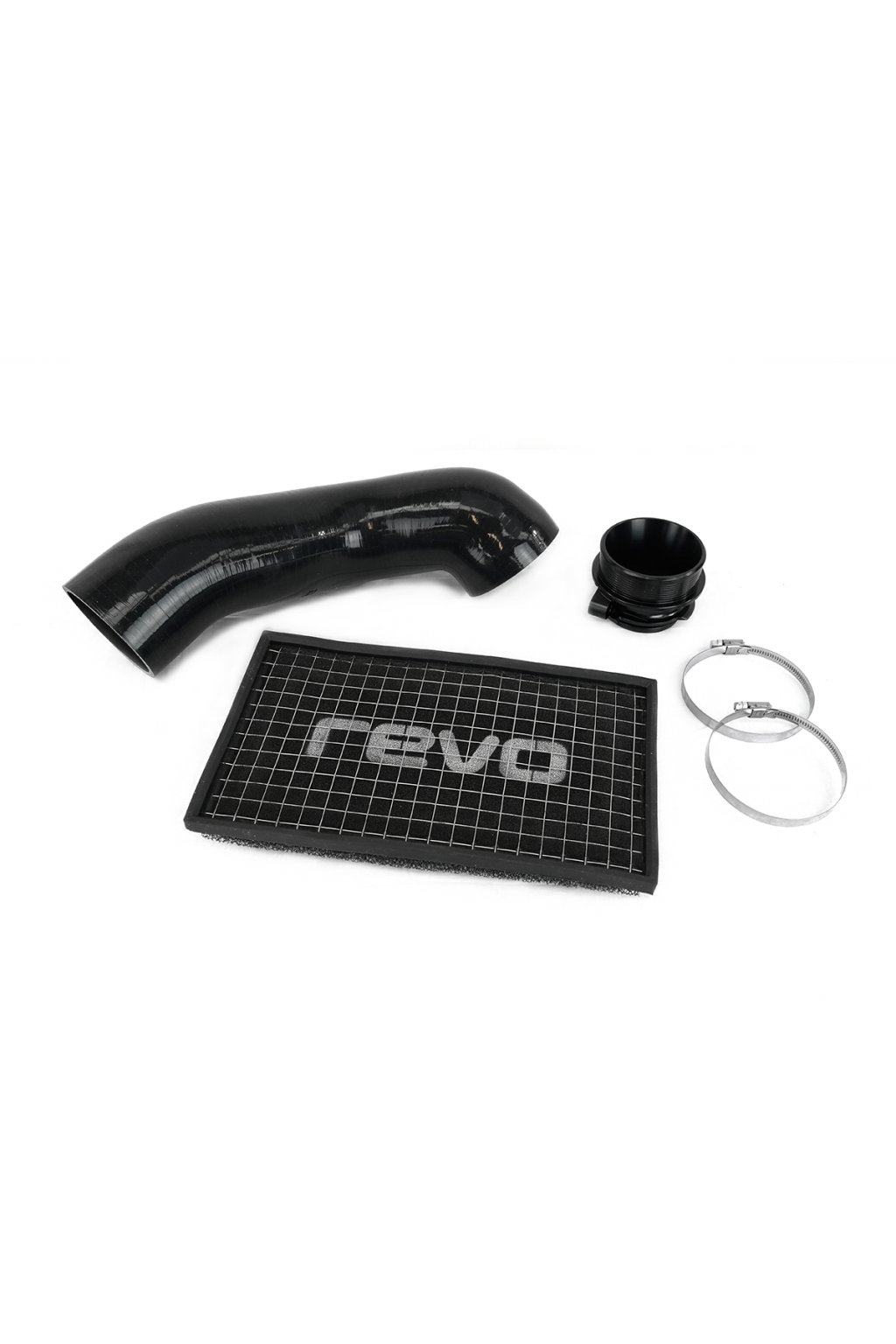 The standard paper filter found in most vehicles performs well under normal conditions, however, with increased power it becomes a major choking point in the system. Revo filters work by trapping dirt particles within each of the oiled foam layers while allowing air to negotiate its way through, reducing restriction and offering much longer service intervals. The new Revo filter features an OEM top plate, allowing a direct fit replacement for the stock airbox. The plastic hose on the stock system is designed with a corrugated style to flex with the engine movement, while this has its place it also causes a large amount of turbulence as the airflow doesn’t have a smooth direct path to the turbo. We designed the silicone hose with stepped internals to ensure a flush fit, and to minimise turbulence while still allowing for engine movement. With a 36% internal volume increase over the stock, hose airflow is significantly increased.

Another key design aspect, along with increasing air volume, was to increase the speed at which the air moves through the intake system. By increasing the speed of the airflow through the system, the turbocharger can ingest more air per unit time, increasing the potential for more power. The Revo intake hose is the main contributor to this design goal by smoothing the hose centreline routing vs. the OE intake hose, to allow the airflow a more direct path to the turbocharger. Testing of the stock unit back-to-back against the Revo OEM+ kit on a full flow bench was carried out to highlight the largest restrictions in the system. The Revo OEM+ Intake system had far less restriction than the OE unit, at 600CFM the Revo kit was seeing nearly 20% less restriction in airflow. The graph below shows the flow test and comparison between the OE and Revo intakes.